“The idea was to create something super wacky, unlike anything that’s come out of Australia. Nutty Professor meets Fear and Loathing in Las Vegas, Busta Rhymes circa early 2000, Friday – that film with Ice Cube – those were the references. It had to be wild.”

When we saw this clip for the first time – it was a wow moment. This is the work we love to see.

We sat down with DOP Max Walter whose ultra laid back demeanor is in stark contrast to the aforementioned high-energy clip. As he cracks open a tin to celebrate making it through another day of lockdown, he talks us through life as a DOP and the making of “Concrete Jungle Fever ”.

“Early on, while at film school, I got a lot of work shooting behind the scenes for commercials and music videos. Understandably, I was an annoying presence to some people, but a few DOPs saw my obsession with the lenses and camera setup, and were open about their knowledge and would take the time to chat with me over lunch. It was a good place to start, I was able to get comfortable with set etiquette.”

Studying writing and directing at film school, Walter’s work is guided by his narrative background; for him, at a very basic level, the role of a DOP is to shoot the shots that tell the story.

One thing Walter learnt the hard way early on, “it’s nice to have people that you love working with, but swap between them. When I started out, I used the same AC on literally every single job for a year. I loved working with him, so I just got him on everything. And then one day he told me he was going to live in Japan and I was like, ‘uh I’m so happy for you, but wow I’m stuffed!’”.

“It’s nice to have familiar faces, but there’s a lot to be said for reaching outside of your usual network and trying new crew, because there’s a good chance you’ll stumble on some gems. They might have been on your peripheral for years and when you finally work with them – you can’t believe you never have”.

Although he may have had to let go of a gun AC, he gained far more than he lost from that situation, courtesy of a lesson that now underpins his way of working. “It’s nice to have familiar faces, but there’s a lot to be said for reaching outside of your usual network and trying new crew, because there’s a good chance you’ll stumble on some gems. They might have been on your peripheral for years and when you finally work with them – you can’t believe you never have”.

A welcome contradiction, Walter admits at the same time, there’s something about having a tight-knit crew on certain projects. Those people who make even the most chaotic sets seamless and the most ambitious visions achievable. For him, one of those effortlessly creative dynamics exists between himself, Director Sanjay De Silva and Production Designer Imo Walsh.

“We were in the car doing another shoot, a shoot for Myer, and De Silva played the song [Concrete Jungle Fever] and I said this is intense, this is massive. It’s such a wild song. And De Silva was like yep, wild is what I want the video to be. He [De Silva] has an awesome mind for this stuff. He knows exactly what he wants. He had this idea with Jerome, that he’d play all the characters. I was like oh dear god this could be a logistical nightmare.”

Logistical nightmare or not, De Silva, Walsh and Walter casually began conceptualising the clip over dinner.

“We were at his [De Silva’s] place sitting around one night, and he had a copy of this book on the table,  Conversations with Darius Khondji – it’s beautiful, I had also just bought myself a copy. And as we were chatting about the video I was just flicking through it and I found an image from the film ‘Delicatessen’,  shot with these really distorted wide-angle lenses. A lot of the look and feel for the cinematography of the clip came from that image. We also dug into Khondji’s later film, ‘City of Lost Children’, which convinced us that we could get weirder with our lensing.”

Walter used super-wide lenses which come with their own challenges, namely that you can see everything in the room. Fortunately, he could rely on Walsh to dress every single part of the set from floor to ceiling.

“The lighting of a scene is one of the most important things to me, and we had to make a few compromises to keep lights and stands out of our wildy wide-angled frames. Luckily Dan Carr and Ben Morgan and their combined Elex/Grip team had some ingenious solutions, and went above and beyond to make some of our ambitious setups work.”

For those who like it technical – “We shot basically the whole project on the one lense, a Cooke S4 14mm. We had a whole range of wide angles but kept coming back to the 14mm. It had a slight vignette to it and it just fell off a little more – it was the right amount of distortion.”

Other than the 14mm, Walter used an Angenieux 24-290mm for the closing zoom shot, as well as a Century Optics Fisheye Adaptor to get the right amount of distortion. In-camera, the team stacked a range of softening filters, from Classic Softs to Black Promists, to break the resolution down as much as possible. Walter credits his colourist, Ferg Rotherham for completely tearing apart the images – pushing the colours and adding grain to get the gritty yet vivid Nutty Professor vibes they were after.

Walter admits the project was nothing if not ambitious. “The artist, Jerome, played every character in the story. That meant we had to light three sets simultaneously and take each character through the set doing their thing. Some shots had all characters in the frame together which was super difficult. The prosthetic and make-up changes between each took forever, for a couple of characters, as much as three hours.

“We didn’t have the budget for multiple cameras, so we took that one camera through multiple scenes and we’d have to bring it back and set it up in the exact same spot that it had been in for a split-screen, keeping the continuity, with both lighting and camera, was difficult. I’m known to fiddle with camera settings constantly, and Agatha Lee and Aarushi Chowdury, my killer camera team, made this continuity process much easier by keeping track of everything.

“You can plan everything, you can previs everything, like, you put in months of pre-production but it’s those moments on set that are totally spontaneous – happy accidents, ideas that come up at the last minute, they’re what totally elevate the clip.”

Despite how wacky the end result is, the project itself was highly technical and required months of pre-production. “[De Silva] and I would go through our visual approach before he sat down with a storyboard artist. Mikey Brown, our VFX Supervisor and Flame Artist, would also be involved to make sure we weren’t asking the impossible. He’s always full of creative solutions and is involved right at the start of the project.”

A snippet of the pre-production we secretly wish we could get our hands on – the previs footage. Walter and De Silva used an iPhone camera to get an indication of how the project might come together, “we were at my house and used different coloured microfibre cloths on our heads to signify the different characters. Once we cut the previs together, it helped us realise our direction was whack, but not whack enough”.

“You can plan everything, you can previs everything, like, you put in months of pre-production but it’s those moments on set that are totally spontaneous – happy accidents, ideas that come up at the last minute, they’re what totally elevate the clip. We had a couple of those moments, especially in the operating scene.”

That sentiment undeniably sums up the magic of film.

When it comes to advice, Walter has the good stuff in droves. “There’s something to be said for coming up with people, rather than benefiting off people who are already successful. All the opportunities I’ve been given are a result of really amazing filmmakers doing just that – giving a young DOP starting out a chance, investing in the younger generation who are coming up.

“You can look at the industry and see it for the competitive beast it is, or you can look at film as a community and surround yourself with all those people that are coming up right now.”.

“At the end of the day, you’re only as good as your crew”. 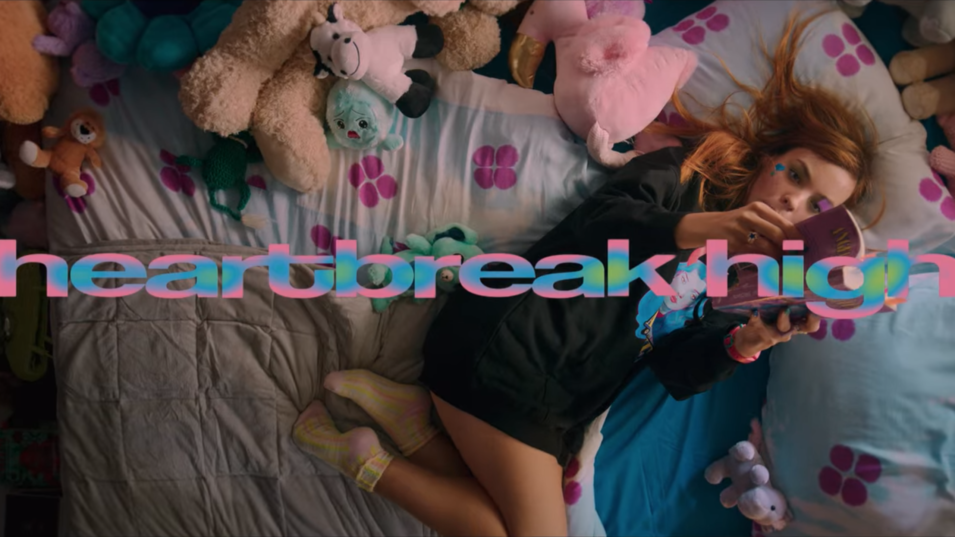 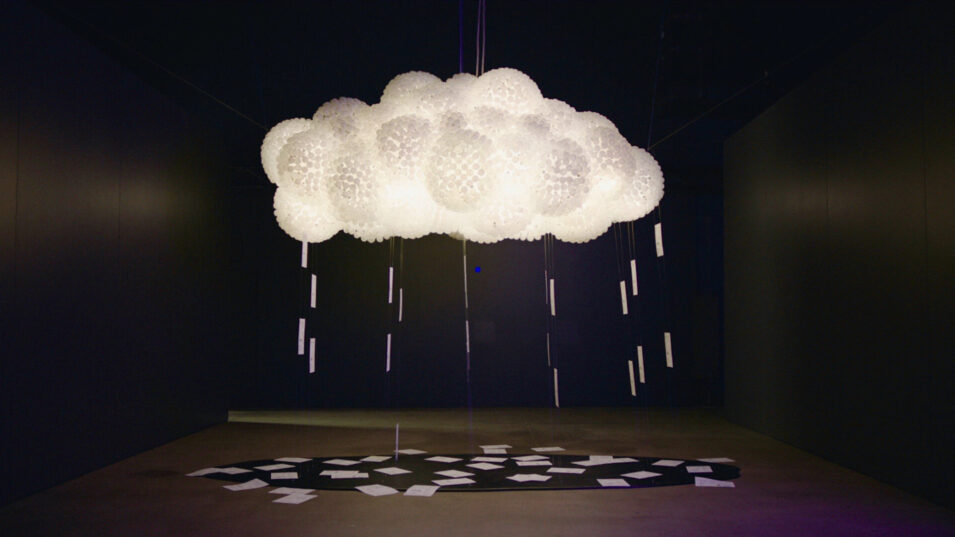 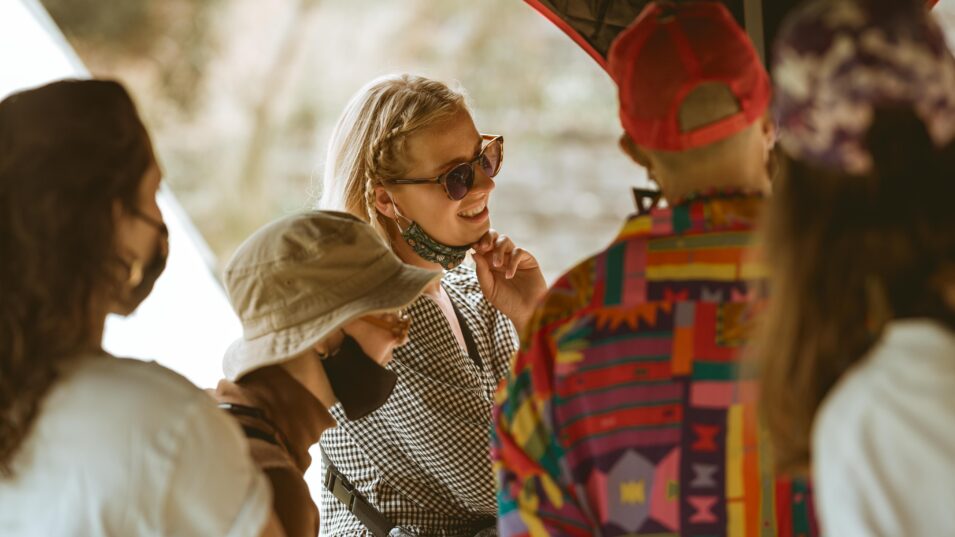 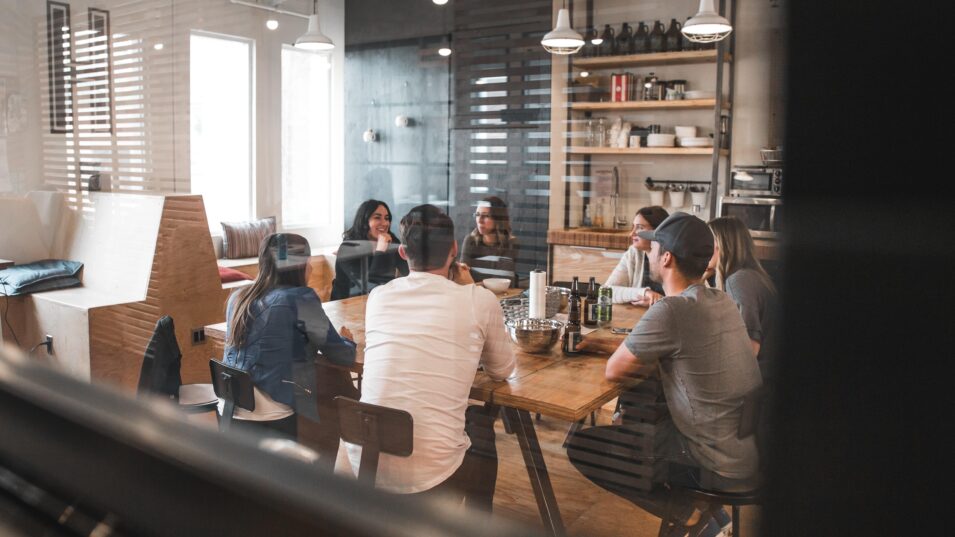 Production companies: how to get the most out of crews